You Too, Can be a Winemaker 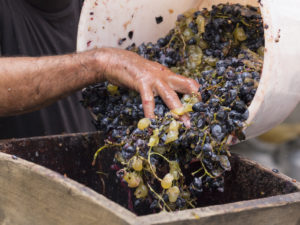 One would have to imagine that the lion’s share of people who make wine never imagined their career paths heading in that direction. Ask any winemaker. We’d wager to say that at least 80% of the were infected with the winemaking bug without really noticing what was happening. Folks from all walks of life regularly give up stable careers and stake their fortunes on creating masterful wines that the world is waiting to embrace. It’s a tough business to be successful in, but when you do get it right, the rewards are really something special.

On this episode of The Wine is Talking, David welcomes his announcer Brent Keast to the other side of the studio glass. Why? Well, Brent has been making wine for quite some time and he’s got the gold metals to prove that he takes the craft quite seriously. Brent also spends part of his time sharing his knowledge with visitors to one of California’s extra-special wineries. It’s a passion for Brent, so who better to have weigh in on the subject of this week’s podcast; “You too, can become a winemaker.” In the time that David has been talking all things wine, he’s been contacted by a number of listeners who, after listening to David’s shows, decided to take the plunge. Thankfully, none of these folks are angry at David for encouraging them down such an unusual career path.

The best part about this episode of the podcast it the fact that you really don’t have to build a winery or plant a single grape vine to become a winemaker! If you want to learn how, download this episode right away, or simply click play!