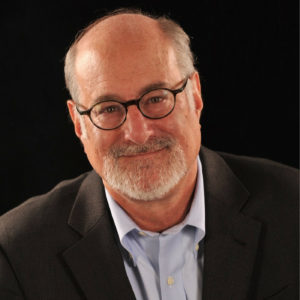 Steven Goldstein is CEO of Amplifi Media, which advises top media companies and podcasters on strategy, content development and monetization for on-demand audio including podcasting and smart speakers.

Prior to founding Amplifi, Steve’s sharp focus on cultural and demographic trends led to the creation of innovative radio formats and durable brands for major broadcasters including NBC, ABC and Saga Communications (NYSE: SGA) of which he was a founding partner.

Looking over the horizon, on-demand audio (podcasting) was about to change the business of linear radio, so Steve launched Amplifi Media. That also led to early identification of the potential of Smart Speakers, which resulted in the co-founding of Sonic Ai, which builds skills and develops audio strategies for companies utilizing Amazon’s Alexa and other smart speaker devices.

Steve is a well-rounded executive team member with operational, content generation, marketing and C-level business development expertise. Steve is skilled at managing, assembling and building brands and teams that generate audience and revenue growth. He is also highly regarded for his development techniques for on-air and managerial talent in both traditional and digital media.

He speaks at major conferences about podcasting and smart speakers and regularly posts to the company blog http://www.amplifimedia.com/blogstein which covers news, trends and observations.